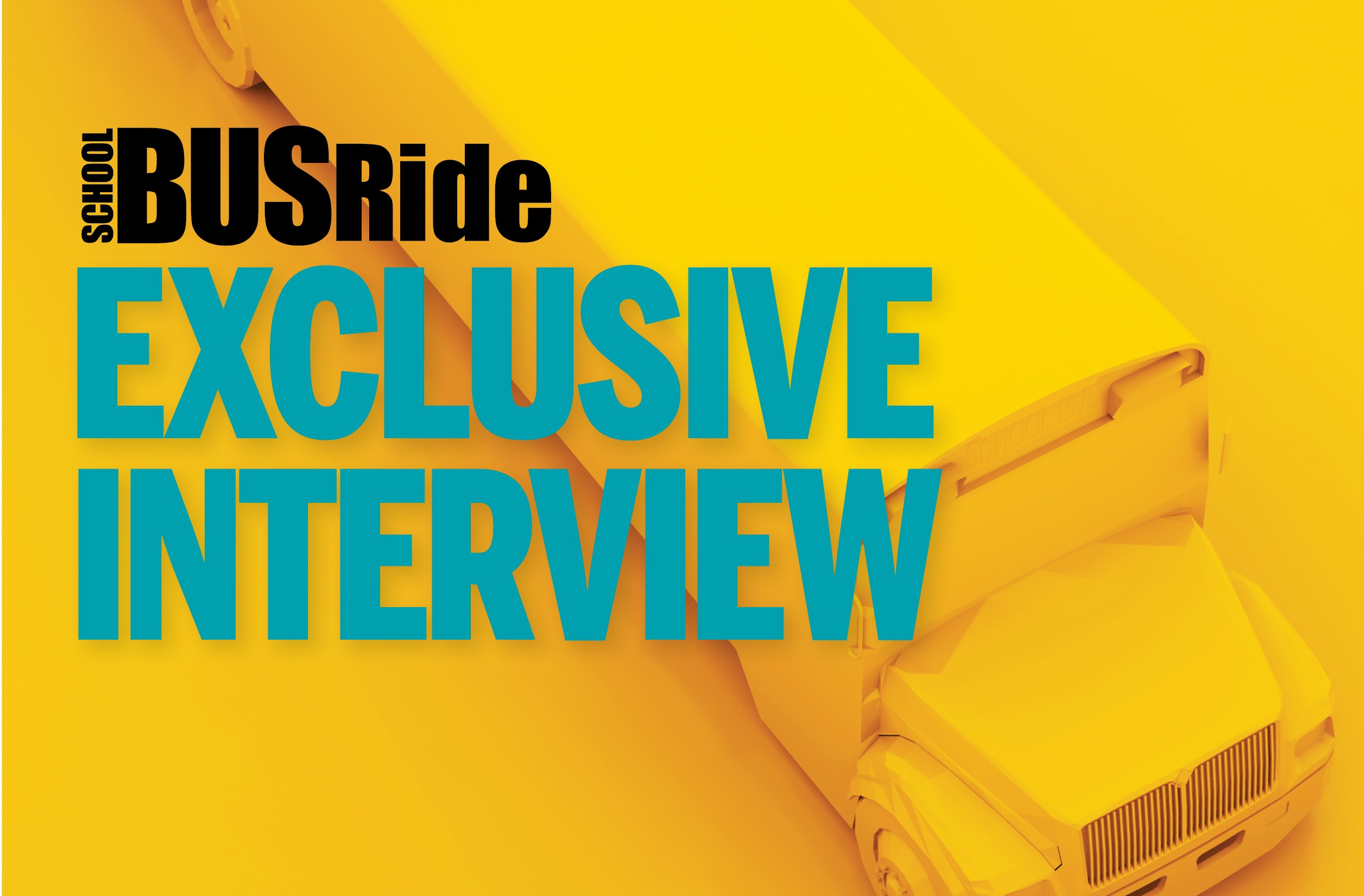 School BUSRide spoke with National Transportation Safety Board (NTSB) Chair Jennifer Homendy. Homendy is the 15th chair of the NTSB after being nominated by the president and confirmed by the Senate. Created in 1967, the NTSB is an independent federal agency charged by Congress with investigating every civil aviation accident in the United States and significant events in other modes of transportation.

Please provide an overview of your background and experience prior to becoming the NTSB Chair.

My entire career has involved safety. I became Chair just over a year ago, on August 13, 2021. Prior to that, I was the 44th NTSB Board Member, which is also a presidentially appointed, Senate-confirmed position that I’ve held since August of 2018. I came to the NTSB after spending more than 14 years as the staff director for the Subcommittee on Railroads, Pipelines and Hazardous Materials, which is under the jurisdiction of the Transportation and Infrastructure Committee of the U.S. House of Representatives. In that role, I focused on safety and economic issues involving the rail industry and its employees and passengers, as well as the safe transport of oil and gas by pipeline and other hazardous materials via all transportation modes, including aviation. Before going to Capitol Hill, I worked for the International Brotherhood of Teamsters, the Transportation Trades Department of the AFL-CIO, and the American Iron and Steel Institute.

The idea of seatbelts on school buses continues to be a topic of interest. What are your thoughts on this issue?

School buses are among the safest vehicles on the road. Hundreds of thousands of buses carry millions of students daily to and from school. In the past, the safety focus has been on compartmentalization: the strength of the seat structure, the padding on the seats, the height of the seats, and how seats are connected to the floor. This approach protected children when there was a front or rear crash, but there were safety gaps.

In fact, there are many areas where we’ve directed our recommendations to NHTSA, calling on them to regulate motor vehicle safety, including school bus safety. We’ve called on them to require measures that could mitigate the effects of a crash, like lap/shoulder belts, or things that could prevent a crash from happening in the first place, like collision-avoidance technologies. But they haven’t acted.

It’s very frustrating, both to me personally and to the Board, especially when it comes to school bus safety. Because, while we don’t investigate a lot of school bus crashes, it’s heartbreaking when they do occur. We know how to improve school bus safety, but it’s just not happening. Children’s lives are at stake.

You advocate for a holistic approach to safety. Please expand on that, and what your approach means for pupil transportation providers.

The NTSB strongly supports the Safe System Approach, which is a comprehensive way to think about road safety. It starts with the belief that zero fatalities is the only acceptable goal…no one should lose their life or be seriously injured in a crash. A truly “safe” road system is one that protects people even when someone makes a mistake. Because human error is inevitable.

If zero sounds impossible, you’d be wrong! Many cities around the nation are having great success, as are other countries. They’re doing this by building redundancy into the system in five areas: safe speeds, safe vehicles, safe road infrastructure, safe road users, and effective post-crash care. This holistic approach to safety has saved lives in other transportation modes as well.

It’s also how the NTSB conducts our safety investigations, which take a broad view. By that I mean we consider anything and everything that could save a life. Using road safety as an example, we look not just at the immediate cause of the crash — driver distraction, speeding, or impairment — but also the other contributing factors. We look at the entire causal chain of events leading up to the crash.

In November, I was in a crash where somebody rear-ended me at 45 miles per hour. At the scene, the police told me, “Oh, we’re here every week for a crash.” That tells me there’s a system-wide problem. Is it the speed limit? Is it the infrastructure? Is it the driver who hit me? Why wasn’t their car’s collision-avoidance system working? Did they turn it off? If so, why is that allowed? That’s a long way of saying there are many opportunities to prevent crashes, fatalities, and serious injuries besides just relying on drivers to make the right decisions.

That’s why I’ve been public about my frustration when NHTSA touts education and enforcement as the solution to our road safety crisis. Those are part of the puzzle, to be sure — we’ll always need education and enforcement programs. But we’ve over relied on these interventions for decades. Those programs only target driver behavior, which is necessary but not sufficient. We need to look more broadly at the entire transportation system, which is more than the driver as a single point of failure. It’s everything that could’ve prevented the crash: yes, driver behavior — but also the speed limit, the road infrastructure, the vehicle safety regulations or lack thereof, how fast first responders can get to the injured — you name it. That’s the kind of thinking that’ll get us to zero.

While the yellow bus remains the safest way for kids to get to and from school, there are still some serious incidents which merit NTSB investigation. What can pupil transportation professionals do to help mitigate these incidents?

There’s a lot NAPT members can do to help improve safety. First, I’d also ask your members who work in school districts to take a serious look at their bus routes. It might seem inconvenient, but routing buses so children don’t have to cross busy roads or intersections and can board and exit the bus on the non-traffic side is key.

Not too far from where I live, a school district recently moved 22 bus stops off a busy road. But it took a tragedy to make it happen: a speeding driver killed two students and seriously injured a third. Don’t wait for a tragedy to force you to take a critical look at your routing. Be proactive.

Second, we need every person to advocate for safety in their own community. Depending on where you live, pushing for lower speed limits in school zones is a great opportunity to save lives. Here’s another: does your state permit the use of stop-arm cameras on school buses to deter drivers from illegally passing stopped school buses? This is an NTSB recommendation from our 2018 investigation following a terrible school bus crash in Rochester, Indiana. even though the school bus stop arm and red warning lights were activated, a pickup truck failed to stop. The driver killed three students and seriously injured a fourth.

Lastly, there is an opportunity for education — and that’s something NAPT can really help with, whether it’s the importance of lap/shoulder belts or evacuation procedures. In fact, we need to educate all bus riders every single time a school bus goes out: how to get out in emergencies and to practice doing so. That includes not just school bus drivers and children who take the bus, but also the adults who chaperone field trips or outings. Hopefully, there are adults present to assist in an evacuation scenario, but what if they’re incapacitated? We have recommendations to make sure students can get out on their own — it’s so important.

Schools, with school bus industry partners, could also combine forces to educate parents and caretakers at pick-up and drop-off times. We need to talk more about common-sense safety measures, like putting the phone down while you’re driving. Parents and caregivers need to know that, from the earliest ages, kids are looking at what you do in the front seat; they’re learning from you. It’s not just about avoiding distracted driving…it’s also about sending the right message, teaching them it’s not OK to pick up the phone while driving.

From a safety point of view, what do electric vehicles look like on the NTSB’s radar? What are you monitoring and how are you just keeping abreast of this growing phenomenon?

At some point, we’ll see entire vehicle fleets — whether it’s school buses, passenger vehicles, trucks, even planes — that are electric. The NTSB continues to highlight our concerns about the safety risks posed by high-voltage lithium-ion batteries, which power most electric vehicles. We first issued a report on these concerns in 2020.

First and foremost, electric vehicle crashes or fires pose unique risks to emergency responders. When damaged, high-voltage battery components can become exposed and lead to electric shock. We also have concerns about the risk posed by electric vehicle battery fires, which are not only challenging to extinguish, but can spontaneously reignite due to something called thermal runaway, which arises from the “stranded” energy that remains in a damaged battery. We’ve seen this happen in several investigations. In one case, the electric vehicle was in a tow yard; it reignited days after the initial post-crash fire.

First responders deserve to have the information they need to stay safe when providing post-crash care — and that includes knowing how to suppress a high-voltage lithium-ion battery fire. That is why we’ve recommended that electric vehicle manufacturers improve their emergency response guides and incorporate vehicle-specific information. I’m happy to report that 8 of the 22 manufacturers who received this recommendation have successfully completed the actions we asked for. We hope the remaining 14 companies do so soon.

Finally, the NTSB has identified gaps in safety standards and research related to electric vehicle batteries involved in high-speed, high-severity crashes. A perfect example is the one I just gave: how do you safely store an electric vehicle that’s been in a high-speed crash, when the battery may have stranded energy that can reignite? How can tow truck drivers be safe?

It’s important for the school bus industry to understand all of these risks and how to mitigate them. For example: the importance of emergency exits to ensure they are easily accessible.

We have been facing a shortage of school bus drivers for several years, and COVID exacerbated the shortfall.  Do you have any suggestions on this?

I feel for the school bus industry and others that are trying to attract new employees and talent while maintaining high professional standards. It’s challenging, but you have to ensure you employ safe operators — and that the people they’re transporting are safe. That’s paramount.

Please don’t consider lowering your standards, which are in place to ensure drivers, students, and all road users are as safe as possible. Again, school buses are among the safest vehicles on the road, and I want to thank you for that. Everyone in the industry, from school bus drivers, manufacturers, and anyone involved in providing pupil transportation: you’ve all contributed to the safety of children traveling to and from their homes, schools, and after-school activities. On behalf of the NTSB, thank you and keep up the good work. Here’s to a safe school year!