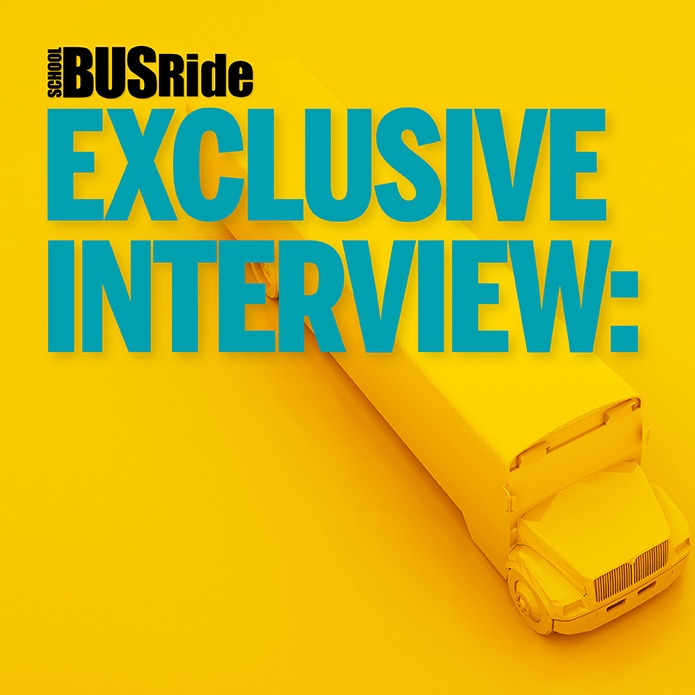 The first NAPT ACTS!® The Road Show event will be held in Houston, TX on October 18 – 20, 2021. It is being developed collaboratively with the Texas Association for Pupil Transportation.

ACTS!® The Road Show will feature in-depth conversations on important issues among a limited number of first-come, first-served registrants.

Mike Martin, executive director of NAPT, spoke with School BUSRide about the event, its agenda, and the plan for future professional development in the association.

How did the idea for ACTS! The Road Show come to be?

It has evolved over time.

For the last couple of years, we have been asking our members what they want and what they need.  We have had numerous conversations with our individual members, group members, state association members and business partner members about the various things they think and how they feel.  We have listened carefully to what they have suggested. It’s the same approach we used when we developed the original recipe for large-scale meetings in this market space.

Part of what we have tried to do during the pandemic was use the challenges it presented as opportunities, to transform the organization and what it offers, to become better.  So, we decided to move forward with some of our new ideas. The Road Show is just one of them.

Now, I also want to be clear that the Road Show, particularly the first event in Houston, is not intended to be a replacement for our annual conference and trade show.  That will be back, I promise.  Bear in mind, however, that when we do bring the annual conference and trade show back – stay tuned for more on that in the very near future – we may not bring it back the same time of year, or in the same type of venue.  Remember, we’re rethinking everything, trying to make it better – and bigger isn’t always better.

What was the planning process for the event’s agenda?

When we were developing the Road Show concept, we thought about the limitations we typically face when hosting our annual conference and trade show.  It necessitates some sort of convention center, which means you are confined to a finite number of locations. You also need to have a certain number of hotels that are either attached or very nearby that site.  The financial considerations – the commitments you must make, the forecasts you have to make – are also significant. The cost of the entire package can sometimes be prohibitive for NAPT members.

So, the first step was to explore a different type of venue where the space is more affordable, the hotels are more affordable, the food is more affordable. Second, one of the things we have always heard from people, even pre[1]pandemic, is that traveling is hard. When considering locations, something that became obvious was the necessity to base the event near a major airport hub to limit the amount of travel time and flight connections for attendees. We chose Houston as the first city for a variety of reasons, not the least of which was the fact it has two hub airports.

Frankly, we have so many great state association partners and so many really good long-term relationships with organizations, companies and people all over the country that it’s exciting to think about the options available to us.  There are all kinds of places we envision taking this type of event. Houston is just the start.

When it came to the event itself, we believe we can do the same thing in every location, or we can do something different in every location.  There are pros and cons to both.  Frankly, we are probably going to leave that up to our partners.

We also know from doing ACTS! this year that there is a core of universal topics of discussion, regardless of the geographic and demographic differences among the various regions of the country.  These are the same problems and challenges everywhere. So, for the first go around, our agenda will focus on five topics. As we move into the future, we may end up adding or subtracting to that, taking a more customized approach, developing something different for each region based on their interests or issues, but for the time being this is our strategy.

For the last 15 months we have seen a lot of government funding thrown at school transportation, which is awesome, but how long can it last? People are wondering how it will impact local and state level funding, and we need to explore these issues. We will have representatives and collaborators from the Association of School Business Officials and some of the other parties that we have connected with over the course of the pandemic, who will be participating in and leading these discussions.

Data-driven driver recruitment and retention is a big challenge. It exists locally and is only a result of the pandemic, but people are starting to think and talk about this at the national level. However, in order to have a national level conversation about driver recruitment and retention, you have to have data. It should be data-driven because everyone’s individual experience is unique and we need to make sure that the data we are using to base our decisions on, is something that is uniform and reliable. That is a critical part of the conversation.

The policies, rulings and related legal issues that impact the transportation of students with disabilities is again, a huge issue that has been exacerbated and driven to a new level by the pandemic. There were a lot of children with special needs and some of those specialties were disabilities related and those children just did not get service. There is a whole wave of change that is going to have to happen in that market space. More will be driven by policy, but a lot of it is going to be driven by the courts and by legal challenges.

But really that was an opportunity for people who provide alternatives to traditional school transportation, and it has created a really unique opportunity for the entire industry. There are good things about this and there are challenges that it poses for all of us. Throughout the course of the ACTS! series, we have heard from people that it is something they need to think more about.

The pandemic has really shown us that those alternatives to traditional school transportation work all the time, and not just in “special case situations.”

Those are the five that came instantly to the top and that is not to say that there are not others, like the importance of changing and/or reanalyzing the way we train drivers and other personnel. Issues of mental health are a huge challenge and continue to be a huge challenge for us as an industry. We still have all the normal financial challenges that go along with this. The federal financial support that we have received this year is not necessarily a panacea for the industry.

Many of these problems are pre-pandemic and we need to continue to talk about them in an ongoing way.

What about the session structure?

My good friend Tim Ammon and I do a show that is called Push 2 Talk. It is probably my favorite thing to do and not just because I do it with Tim but because of the way we have structured it. We decided we needed to do Push 2 Talk like a version of John Oliver’s Last Week Tonight, where we will cover everything, you need to know in one hour.

We created the format with the first portion as something we call Push 2 React. Tim and I summarize the three or four webinars that we offer every month, so that if you do not want to watch each of episode you can wait and listen to us summarize in 15 minutes, all the things that happened and were discussed in those preceding episodes.

That summary has proven to be very popular, so we decided that was a great way to do things.

The second part is Push 2 Interact, where Tim and I have a conversation about issues that are on our radar screen. Things that we are wondering about, things that give us an opportunity to disagree amicably where we need to. That is based upon the concept of the sports talk show, Pardon the Interruption. That has been something that we both really enjoy.

We wanted to give people that opportunity to interact with each other and share opinions, thoughts and really express their feelings. As the basis for that, we have three case studies on, for example, funding and financing, and three different ways that people are thinking about and approaching funding and financing in the post pandemic world. We will get to sit in, listen, and have a conversation with them for about 30 or 40 minutes and say, “this sounds interesting to me, but what about this?” It gives you a chance to sit around with a relatively small group of people and have a real interactive conversation.

Then we come back and do, what we call, Push 2 Impact. That is where Tim and I say, “Now that you’ve heard all of this, here’s what we suggest you do between now and the time you tune in next.” Whether that is the following week or the succeeding month, we give you some suggestions, some ideas about things that you should read, things that you should look at, things you should think about. That is what we intend to do in this debriefing, now that you have the overview from the large group and you have had a chance to interact with other people and talk about those case studies, we want to bring everybody back together as a whole group and debrief and talk. It would be facilitated, moderated conversation. We then want the whole group to come back and spend about 45 minutes discussing lessons learned. The goal is to try to make this small group large impact.

I hope Tim and I are going to be able to amplify some of the comments that we hear. We do not expect that everyone is going to be able to come to an agreement or a uniform sort of action at the end of each session, but we hope that what we will be able to do is provide a more substantive takeaway.

It is something we have not had a chance to really do online but when we have those people live with us in a room, we will bring them up on stage and have a chance to literally interact with them. Instead of getting emails or phone calls afterwards, they will get a chance to tell us face-to-face in the room, “I disagree with you. I think this is a good idea.” That is going to be a lot of fun. I mean, just to actually do the show live will be huge.